— The Gallimaufry
Live improvisation from the enigmatic trio
price: entry is free

Kaleidoscope is a night of experimental future sounds curated by Waldo's Gift.

Every Wednesday at The Gallimaufry we present THE very best in cutting edge madness. Everyone is welcome. Progressive improvised experimentalism.

Waldo's Gift will be back on home turf for this special performance.

Waldo’s Gift is the result of three like-minded musicians that have been given the time and space to let their sound naturally take shape, allowing them to hone in on a true sonic representation of themselves both as individual players and together as a three-piece. Their sound is a coherent cacophony of a vast variety of influences, hurtling from the harmonic and rhythmic sophistication of jazz through to the most cutting edge experimental electronic music - all with the unhinged energy of the most powerful left-leaning rock and metal and packed with the emotion and dynamic range of a full orchestra.

2019 saw the release of Improvisations, the band’s self-released debut EP, which was cut from a live recording of one of their now legendary nights at The Gallimaufry in Bristol. The EP was greeted with rapturous critical acclaim and lead to Gilles Peterson dubbing them 2020 Ones to Watch catapulting the band from being vanguards of Bristol’s music scene to one of the most exciting new bands in the UK. 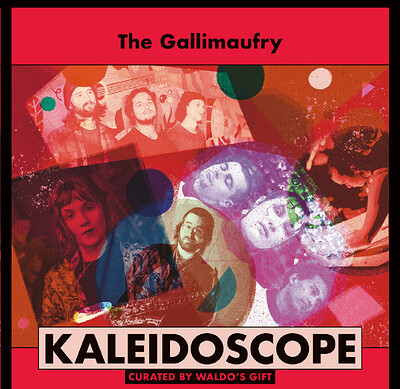