Reworks: Jon Hopkins ‘Insides’
Performing their take on the third LP from the electronic producer

James won the Love Supreme Jazz Festival Discovery Competition in 2016 with his soul-hop outfit Feelgood Experiment while Cousin Kula have recently been tipped by NME, BBC6Music and Line of Best Fit.

With Route2Roots, Harry has supported the likes of Akala, Wu Tang and Talib Kweli. A recent addition to the Bristol scene, Alun has quickly become one of the most in demand guitarists in the city. His unique grasp of harmony and rhythm drives his virtuosic style. 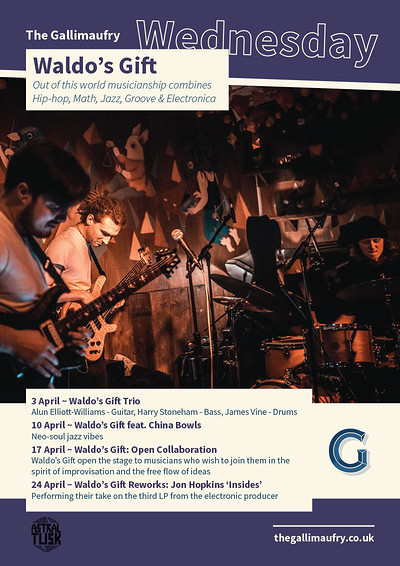