The band went into the studio with Kristian Bell (The Wytches) who artfully captured the raw spirit of their live performances to 8-track tape. The tracks made up their debut self-titled 2018 EP, which was named EP of the year by both Gideon Coe and Amy Lame at BBC 6 Music and was swiftly followed by EP II, which also sold out physically and was included in Marc Riley’s Best of 2019 on his BBC 6 Music show following JTV’s 2019 live session performance for him. EP III was released in September 2020 to critical acclaim.

And now Japanese Television's EP III has been remixed by a selection of brilliant artists.

The band said, 'We were locked down baking banana bread and thought it would be nice to invite some other artists we admire to see if they’d like to remix EP III. It's been really exciting for us to see how they've reworked the tracks, we love collaborating with other artists and we hope everyone digs the new sounds.'

EP III Remixed will be released through Tip Top Recordings, the boundary-defying Cambridge-born and Chicago, London, Paris based label Tip Top Recordings who have also released the likes of Grimm Grimm, Cassels, Sen Morimoto, and members of Black Country, New Road.
The first single a remix by Gabe Gurnsey was released on 16th Jan 2021. And was championed by Lauren Laverne, Marc Riley, Amy Lame, Gideon Coe and numerous other DJs worldwide. 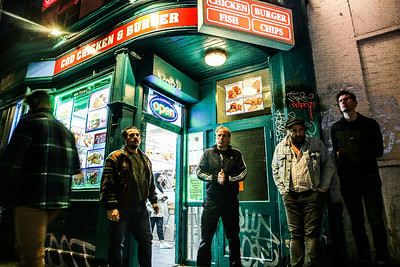