18+ event.
--
YAANG
had a productive lockdown. There was the addition of a third member: Ben White (formerly of Working Men's Club); the release of their track Security Dave, which included a remix version by London-based trio, PVA; their inclusion on four compilation releases - Slow Dance '20, Group Therapy Vol.2, The Big Plan and M1 - and (once we emerged back to normality), a support slot alongside Porij for their sold-out show at Salford's iconic The White Hotel venue; and their first ventures outside of their native Manchester, with various headline dates at The Social, The Old Blue Last, and Dream Bags Jaguar Shoes in London.

Prio to the pandemic, they were formerly known as YANG. After forming in Manchester on Halloween 2017, Oliver Duffy and Davey Moore advanced their duo project from the depths of house party settings to an established project in Summer 2018.

Scouted at their first stage show in January 2019, just a few months later they performed amongst the likes of New Order, 808 State and Kraftwerk at Bluedot Festival 2019 and later that month came their debut release, Kelly, (inspired by their mutual appreciation of Kelly Lee Owens) which was mastered by Jesse F Keeler of Death From Above and MSTRKRFT, alongside the short film ‘yangtapes’ that was directed by Reuben Waring and produced by Ed Garlick.

2021 saw Skeleton King released his second EP Deep Into the Night on Lobster Theremin, and contribute to the Fantastic Voyage 5 Year compilation with Lost Opportunity.

Now, in 2022, Skeleton King's third EP Falling In Love is here. The five tracker boasts a killer feature from Bone Slim on title track Falling In Love alongside a selection of unpredictable garage and breaks focused cuts which have garnered support from DJ EZ, DJ Mag and more. 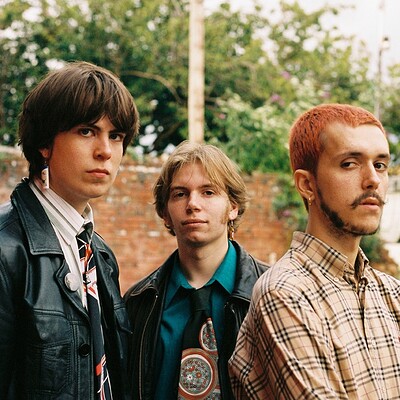