The House Party Project is proud to be bringing down one of Cardiff's most up and coming DJ's Lucky 47 (aka Jordan West), who has been smashing the Cardiff scene. With his high-energy style and house/garage music, he sure knows how to throw a party which will not leave you disappointed.

Brookman's Boy (House Party Project Resident DJ) will be back bringing his eclectic mix of hip-hop & disco to keep the party going all night long.

We are also happy to be bringing you Tom Wigley, one of Bristol's up and coming student DJ's and a resident at Clotted Cream.

Again, space is limited so get your tickets early to ensure you don't miss out! 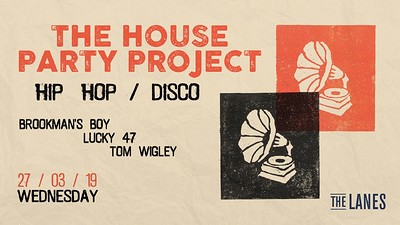