— The Loco Klub
GLASSHOUSE hosts K-Lone b2b Facta (All Night Long) at the Loco Klub for an all Bristol affair!
price: Tickets Below

GLASSHOUSE will be hosting Bristol duo K-Lone & Facta for an all night long knees up at the Loco Klub, with a surprise guest appearance.

The boys, who both run Wisdom Teeth together have a lot of years playing together under their belt.

Both born and raised in different parts of London and now based in Bristol, K-LONE & Facta have released an eclectic breadth of music spanning from UK Techno, UKG, Dubstep and House records on labels such as Idle Hands, Dr Banana & Banoffee Pies.

Support will be followed by none other than Bristol based favourite Monika Taneska and our very own GlassHouse resident Tom Snow.

Loco Klub is an ever growing, up and coming first class venue with tunnels expanding underneath Temple Meads train station, suiting the carefully curated line-up perfectly.

Tickets are only on sale via headfirst so don't sleep on it. 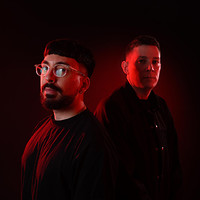 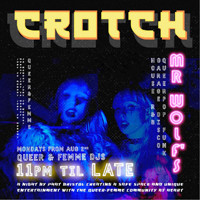 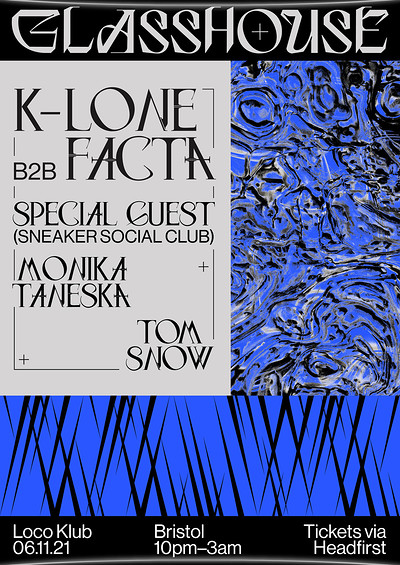