Emily stunned us with her debut single 'Calibrate' earlier in the year on Art Is Hard records. Her ever-evolving live band (incl. Double Bass & Saw) frame her intense, fragile, beautiful performances. She will be your new favourite singer, she's already ours - seriously. Don't miss this.

SCALPING's James Rushforth will be DJing during and after the event, after blowing up with his live techno outfit this summer at Arctangent & Simple Things Festival, and London's famous 100 Club. We have no idea what he'll play - it'll be good though.

We have some old ties with the city of Worcester, and we're proud to bring this incredible duo to Bristol for the first time. Featuring live visuals, enormous home-made synthesisers and cutting spoken word knitted into a visceral, physical EBM/Techno package. Imagine Apex Twin fronted by Damo Suzuki. Think Pharmakon, Tobacco, Venetian Snares, Underground Resistance. And Godflesh. At once. 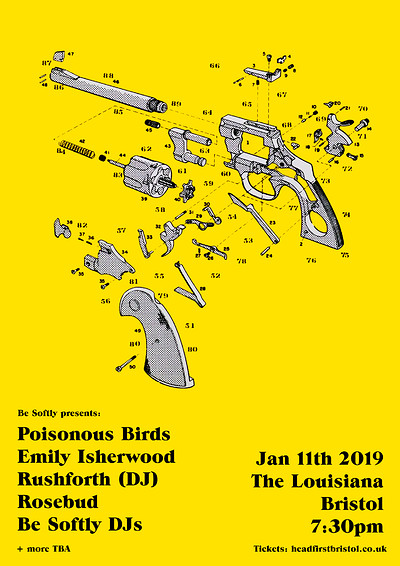