Flag Fen live at The Louisiana for a Socially Distanced Show and livestream!
Tables of 4 available here: https://www.skiddle.com/e/35813755

“A dirty flag of drone and rattling drums, with bits of folky recitation pulled through like a flaxen thread.” – misfitcity.org
“If Druidism went electric, it would sound like Flag Fen” – Bristol In Stereo.

It will also be streamed live with a pay what you want donation option!
16+ under 18's must be accompanied by an adult 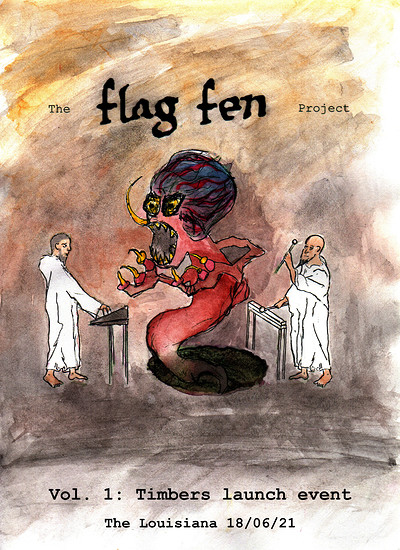