Louis Sterling, also known as Auxx, is an artist who has continually rebelled against musical confinement. With a discography landing into the hands of BBC Music, NTS Radio, Worldwide FM and the A&R’s on Ninja Tune and Warp Records, he returns to Bristol in the light of his recent signing to David Augusts’ 99Chants label, adopting an artistry that unveils emotional complexity, deconstructing the barriers between electronic-oriented music and contemporary art. For those familiar with artists such as GAIKA, The Dedekind Cut, or Alex Zhang Hungtai - Sterling is a contributing artist to a hidden culture, with an ethereal live show lying somewhere between the beauty of modern contemporary and ambient music, rooted from his urban foundations and sound system aesthetics.

‘Louis Sterling has shown that we are privy to something truly unmatched and admirable. He has created his own unique strain

of beat music, and is an excitable suggestion of what is to come.’ - URBNET Records, North America

‘In a short space of time Louis has put out a carefully crafted brand of music characterised by experimentation and an assertive ear for heavy, head-nodding beats. His work is a revealing look into the aesthetics and inspirations of one of UK’s most promising artists’ - Rhythmist Magazine

Based in Bristol, LTO first made waves as part of mysterious electronic collective Old Apparatus. As a solo producer, LTO has

since attracted attention with his praised debut LP 'The Number From Which All Things Come' and subsequent ambient/modern classical-focussed 'Storybook' LP. With 'Déjà Rêvé', he expands on this classical sensibility, creating a highly expressive and nuanced release for Denovali Records.

Akira Neroli is a secret alias from a Bristol Dwelling electronic musician and sound experimentalist. Conjuring up an ambient dialogue between listeners and an ever expanding ethereal space, expect the occasional broken beat and plenty of analogue hiss from a dubbed out Bristol influence. Akira also looks to expands their sound searching through rouge frequencies via audio recording techniques, in this dense world of sound we are lucky enough to experience and co exist in. 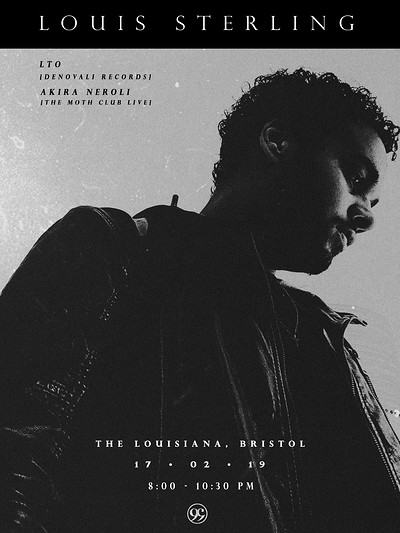