Bluesman Cedric Burnside heads to The Louisiana armed with tracks from his latest album Benton Country Relic. Burnside grew up around the blues, thanks to his grandfather, the late singer/songwriter/guitarist “Big Daddy” R.L. Burnside, and his father, drummer Calvin Jackson. The follow up to 2015’s Grammy-nominated Descendants of Hill Country, Benton Coutry Relic is “spare, spacious and gritty” (Billboard), a soul-baring record that traverses Burnside’s poverty stricken upbringing through to the grief of losing his parents, uncle and brother in close succession. As Cedric comments: “Blues is about gettin’ through hard times and honestly it comes from African Americans wantin’ to tell their story. This is mine.”

“Simple but stunningly effective, there’s a haunting quality to Cedric’s delivery which lingers long after the final note has slide into silence.”

Plus support from Husky Tones 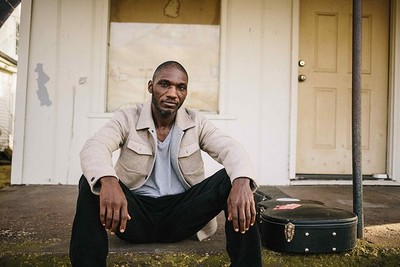