***This show is postponed, new date to be announced soon - all tickets will remain valid***

DGM Presents are delighted to welcome Clock Opera 'home' to The Louisiana as part of their new album tour.

The first track ('Be Somebody Else') from the eagerly anticipated 3rd album ('Carousel') was released in September.

The wonderfully atmospheric title track with it's beautifully repeating piano refrain followed in November with the new album ('Carousel') promised for 7 February. 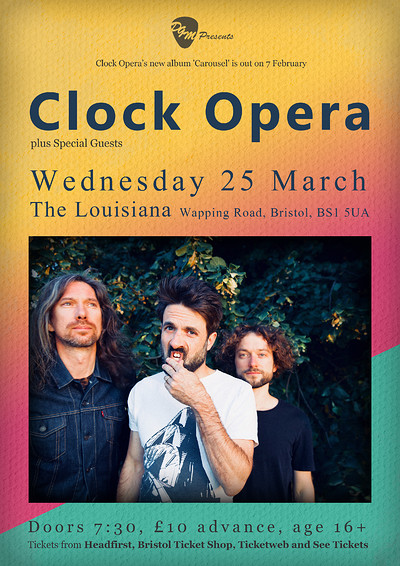