“(Ocean Grey) sounds awesome. The artwork could be from the opening credits of a Scandi-TV thriller and the music plays out in somewhat similar fashion. Tense, edgy atmospherics with lovely guitar textures on “Just Like TV”. Add horns and you’ve got the funky, rock-noir vibe of “Half Cut Moon”. It’s kinda prog, but cool prog, if you know what I mean.” -David Sinclair, The Times.

Purveyors of original genre-bending music, Port Erin are a band of three made of two brothers–– Reuben Myles Tyghe, vocals and guitar, flanked by Jacob Myles Tyghe on bass and Cerys Brocklehurst on drums. Now residing and writing in the city of Bath, they hail from Broughton Gifford (a very small Wiltshire village tucked away in South West England) where they formed in January 2007.
Port Erin have extensively toured the U.K. performing over 1000 shows at some of the U.K.’s most prestigious venues. They have made appearances at many UK & EU festivals including; Glastonbury Festival (‘10, ‘11, ‘13 & ’14, ‘17, ‘19), played live sessions for BBC Introducing and their music has been aired numerous times on BBC Radio 6 (Guy Garvey & Tom Robinson). Since their formation, they have diligently been affirming themselves as one of the UK’s hardest working, most loved, unsung, underground DIY bands.

Drawing inspiration from the likes of pioneering greats such as David Bowie, Can, Miles Davis, Morphine, Radiohead, Syd Arthur, Talking Heads, Talk Talk and Tortoise there are a milieu of sonic textures are at play in their sound with echoes of jazz and post-rock coupled with mechanical, driving Krautrock rhythms –– they are as punk as they are prog and as political as they are personal.

Port Erin are currently working on their much anticipated 5th LP that will be released in 2020. Catch them live across the UK this year where they’ll be airing more and more new songs as the next recording session edges closer.

•• @stonecoldfiction ••
Formed in 2015, Brighton via Bristol based Stone Cold Fiction have toured the UK and performed at notable festivals including Isle Of Wight, BBC 6 Music Festival and Dot to Dot. They have also played support slots for IDLES, Demob Happy and Cleopatrick. In 2018, the band worked with producer Marc Jones (Band Of Skulls, The Heavy) on a string of singles. The release of ‘Two Step’ and ‘Closet Psycho’ saw the band headline multiple tours of the UK, as well as Conges Annules Festival in Luxembourg. The last of the three singles ‘Drip’ was released in January 2019, closely followed by more shows, including a sold out performance in Amsterdam.
‘Strange Times’ (Sept 28th 2019) absolutely embodies the Psych-Rock experimentation and DIY approach that has come to define the band through its formative years. It began as a collection of musical sketches conceived by the band following their previous efforts and showcases various departures from their typical sound. Produced by Reuben Tyghe and working again with engineer Marc Jones, the songs were recorded live with minimal overdubs and additions to the mix.
At its most progressive the LP presents 10 minute soundscape ‘Landscape’ and Darkly-Ambient 7 minute ‘Avoiding In A Way’; and at its most concise, provides the forward-moving groove of ‘CCTV’ which premiered on BBC Introducing in the West and was quickly made BBC Radio Bristol’s track of the week. More Fuzz labeled the album “a really addictive album, 8 tracks combining modern alternative and neo-psychedelic approach to blues licks and heavy atmosphere.” 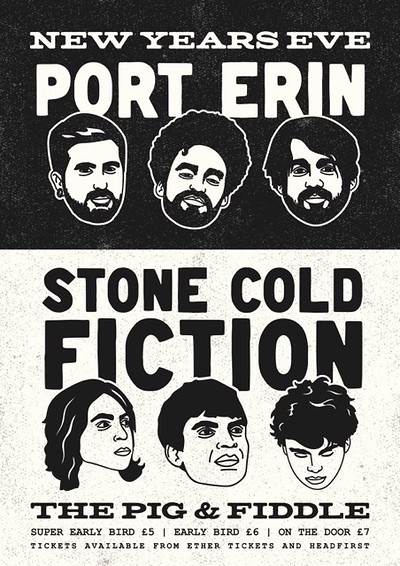