Riotous live shows are IDESTROY’s calling card. Since forming in 2015, the trio, who met as students in Bristol, have played more than 300 gigs across the UK, Europe and Asia, selling out shows in South Korea and multiple tours in Germany. Two acclaimed EPs arrived along the way – 2016’s ‘Vanity Loves Me’ and 2018’s ‘Pure Joy of Life’ – but debut album ‘We Are Girls’ marks a significant step up. For the first time on record, their scorching singalongs sizzle with as much energy as the band on stage.

"An explosion of riotous energy that makes you want to get up and throw something, or possibly yourself, across the room." Kerrang! Magazine 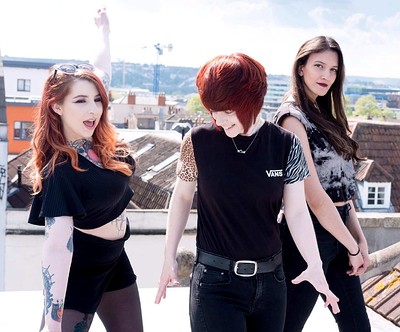