Back by popular demand, Dub From Atlantis return with a night of all things Roots Reggae and Dubwise, alongside original dub pioneers Zion Train.

In 2018, Zion Train celebrated their 30th year on the road, and are indisputably one of the most unique and enjoyable live dub acts on the planet. Their use of dynamic onstage dub mixing, whilst performing alongside acoustic instruments and exceptional vocalists, make Zion Train one of a kind live experience.

As well as being DJs, Dub From Atlantis are a live band playing heavyweight original Roots and Dub, and have played with top acts such as Easy Star All Stars, Nucleus Roots, Zion Train, Toots and the Maytals, DJ SUV, Trojan Sound System, and DJ Derek.

DFA’s two critically acclaimed vinyl releases, 'The Things That We Do', and 'Heavy Weather', were well received internationally, and were played extensively by the likes of Don Letts (BBC Radio 6), and the legendary Jah Shaka. As Dub From Atlantis approach their 20th anniversary, armed with a live set of new material and fresh releases coming this autumn, this very special night of music is a long time reunion with old friends and co-conspirators Zion Train, and not to be missed.

Tickets are available from Bristol Ticket Shop, Headfirst, and The Trinity Centre 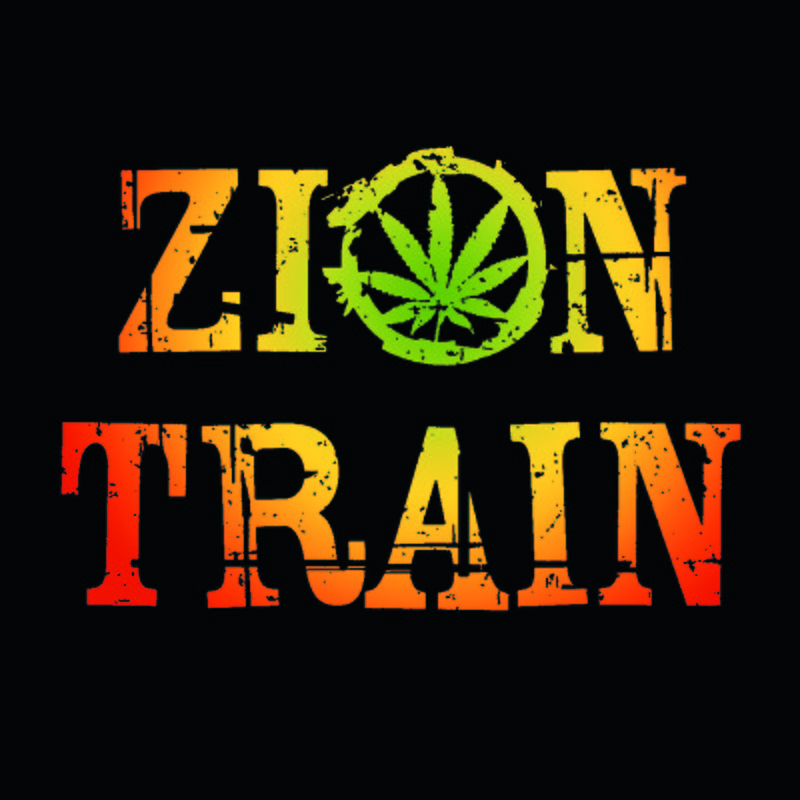 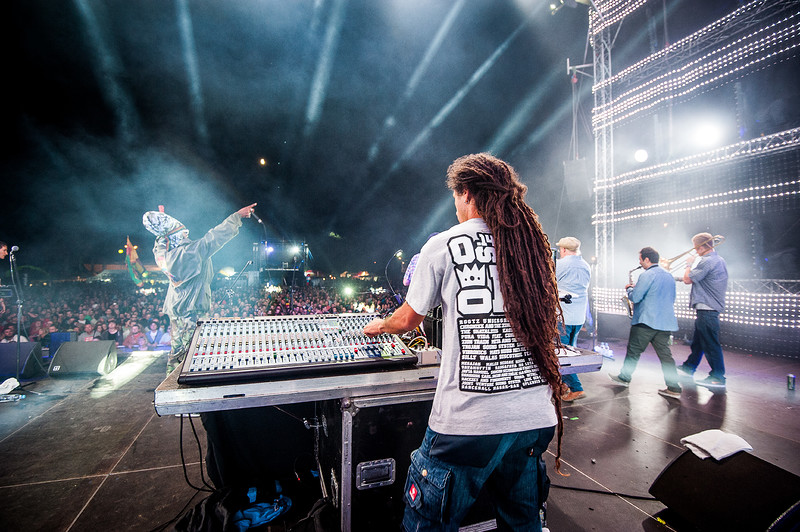 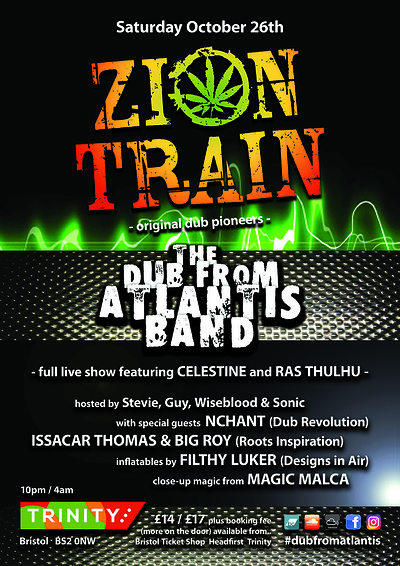