Folk troubadour Chris Wood has been described as “the Ken Loach of songwriting” (fROOTS Magazine), a testament to his powerful narrative flair.

With his anecdotal and impassioned storytelling, the self-taught musician has forged his own distinct path within folk heritage.

His latest album ‘So Much To Defend’ gives an incisive snapshot into everyday life via Wood’s lilting, wry lyricism.

During his extensive career as a foremost English folk artist, Wood has garnered a great deal of accolades including BBC Radio 2’s Folk Singer of the Year and has played with The Royal Shakespeare Company. 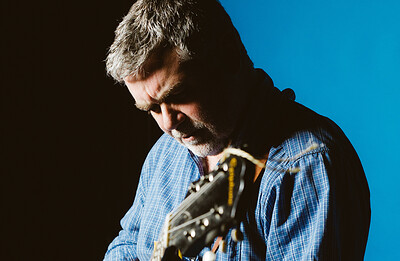