— Mr Wolfs
This is a rescheduled event
time:21:00
price: Tickets Below

HUM FUZZ
Outrageously addictive, Hum Fuzz will become your favourite earworm. The indie band creates soulful upbeat tunes that take a wide range of inspirations ranging from Latin rhythms to 70s disco. Whatever the vibe, it’s sure aim for the audiences’ hearts. The four boys, originally from Bath are now living in Brighton where they have already played a sold out headline show at The Green Door Store. Their lyrical brilliance compliments strong bass lines and twisted guitar riffs all whilst maintaining a strong rhythm and beat. These boys will surely become one of your most cherished listens of 2021. 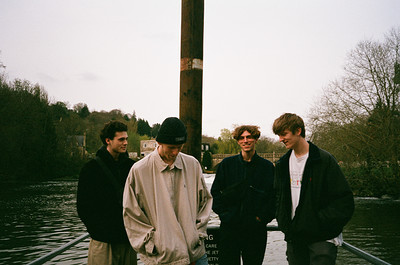