18+ event.
--
KANAAN
Emerging from an ocean of fuzz like a Kyuss that went to jazz school, instrumental power trio Kanaan are ready with their fourth studio album in as many years. The three prolific young musicians are seemingly everywhere on the Norwegian music scene these days, as members of Mall Girl, Daufødt, JUNO and Vegard & Ivar Band. A diverse selection of bands that display the aptitude of the players, as well as their eclectic musical influences.

Where Kanaan’s former albums have been jazzy and psychedelic explorations, with forays into kraut and free improvisation, the new album Earthbound comes at you, heavier than a ton of bricks. However, even though they wear their stoner rock influences on their sleeve, the music is not a departure from their earlier projects, more of a continuation.

Inspired by bands such as Colour Haze, Hawkwind, Elder, Motorpsycho and Acid Mothers Temple, Earthbound serves up plenty of surprising twists and turns, beautiful and mellow passages and masterful musicianship. Although never flashy, the whole album is a showcase of the three wildly talented musicians as they plow their way through enormous riffs and thunderous grooves.

Searching to perfect their hybrid of heavy rock and psychedelic jazz influences, the band isolated themselves in Halden's Athletic Sound studios, working day and night to accomplish what became Earthbound, a quantum leap for their sound in terms of sheer heaviness and psychedelic extravaganza compared to their previous albums.
--
KUNGENS MÄN
Kungens Män started out in 2012 in Stockholm, Sweden, when a bunch of good friends decided to bring some instruments when hanging out. The random jam sessions became more and more regular and soon Kungens Män started recording it all, completely unfiltered and without safety nets. The music soon found its way to the internet and a buzz occurred, connecting with listeners all over the globe.

The inspiration comes from the drone, the rattle of the loose screw, the circuit failure of the effects, the phatness of the moog and from the very diverse wiring of a bunch of middle aged Swedish freaks. Kungens Män never plan the next musical move - it presents itself. Sometimes the costume sewn is really ugly, but somehow there’s always room for the sublime as you turn it inside out. 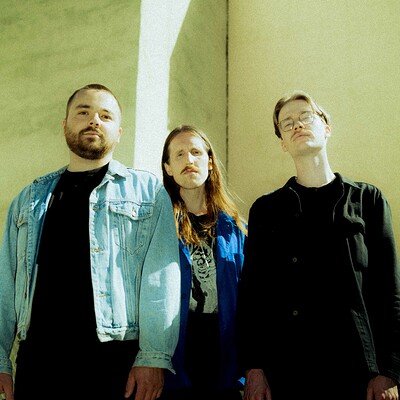