After our sell-out venture into the tunnels with the boys over at AKA, we are joining forces once again and returning to one of Bristol’s most impressive venues.

Gigi FM truly is a force to be reckoned with. The Parisian born selector has turned heads far and wide across the musical spectrum over the last couple of years and we can't wait to have her locked in on our return to Bristol's most adaptable venue, the Lanes. Last time out we witnessed COEO raz up a full to brim crowd, and we're told Gigi has some of her own tricks up her sleeve.

Her boiler room is a must-see and is only eclipsed by her recent return to the franchise. Gigi's exotic blend of Italo, Parisian rollers, influenced by the unmistakable South-London underground sounds, make watching Gigi's sets a powerful, exciting and unforgettable experience. 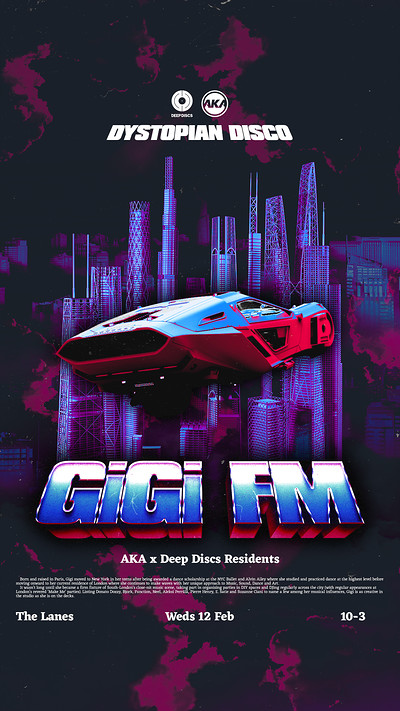