Made famous by the legendary Lakota, Bristol's warehouse events are the keystone to the city's clubbing culture. These no-frills venues are the place to see Bristol's house and techno at it's best. If you need addmission to forthcoming warehouse parties, you can buy Dare2 tickets here. 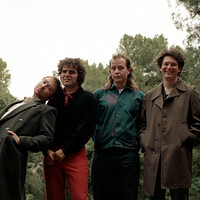 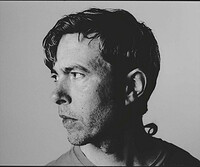 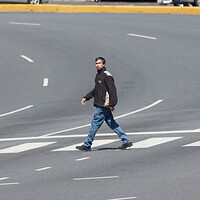 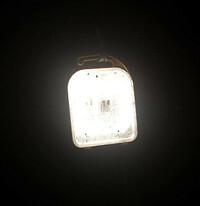 Grace Petrie in Bristol Tickets
Protest singer Grace Petrie has an army of loyal fans across the alternative, folk, political and comedy scenes. 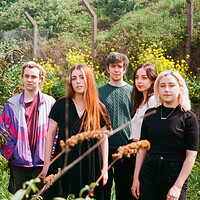 M(h)aol in Bristol Tickets
Why don't you study my gender? 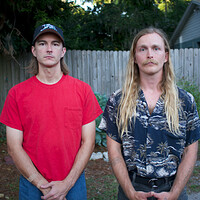 Trance-inducing, polyrhythmic DIY electronic sensations from Kampala - grooves 10 times more infectious than all of ‘tropical house’ combined, made on instruments salvaged from the global trasheep. Huge for fans of: Konono N°1, Nihiloxica, Mark Ernestus’ Ndagga Rhythm Force. The one and only Eco-Friendly-Afro-futuristic-Punk-Ensemble group from Kinsasha (Democratic Republic of Congo)! *RESCHEDULING* Worm Gigs: Fulu Miziki at Strange Brew.
Raw, bumping house (Sally C, 1-800 Girls) meets 'ardkore junglist nostalgia (Tim Reaper, Coco Bryce, Mixtress) on a lineup that's too big to be contained by the Headfirst event page. A who's who all-dayer of underground dance sonics and the greatest thing to grace all 3 stages at Propyard. We celebrate our 7th birthday by bringing you our debut festival in Bristol... Shall Not Fade Festival 2022 at Propyard.
Outsider sad-boi muzack for films that don’t exist yet - Advance Base is the new incarnation of cult downer-pop act Casiotone For The Painfully Alone. Stripping back the chiptune aesthetics for a woozy pastoral, folky hit (with the same lo-finess you fell in love with). Owen Ashworth (formerly of Casiotone for the Painfully Alone) returns to the UK with support from Karima Walker + SH Davidson HCM// Advance Base + Karima Walker + SH Davidson at The Cube.
Feral riffage coupled with moments of terrifying, tense electronic ambiance; Monasteries traffic in extreme metalcore / deathcore to melt your face off. FFO: Meshuggah, Oceano, Fit For an Autopsy, Chelsea Grin. Monasteries & Creak at Exchange Monasteries & Creak at Exchange. 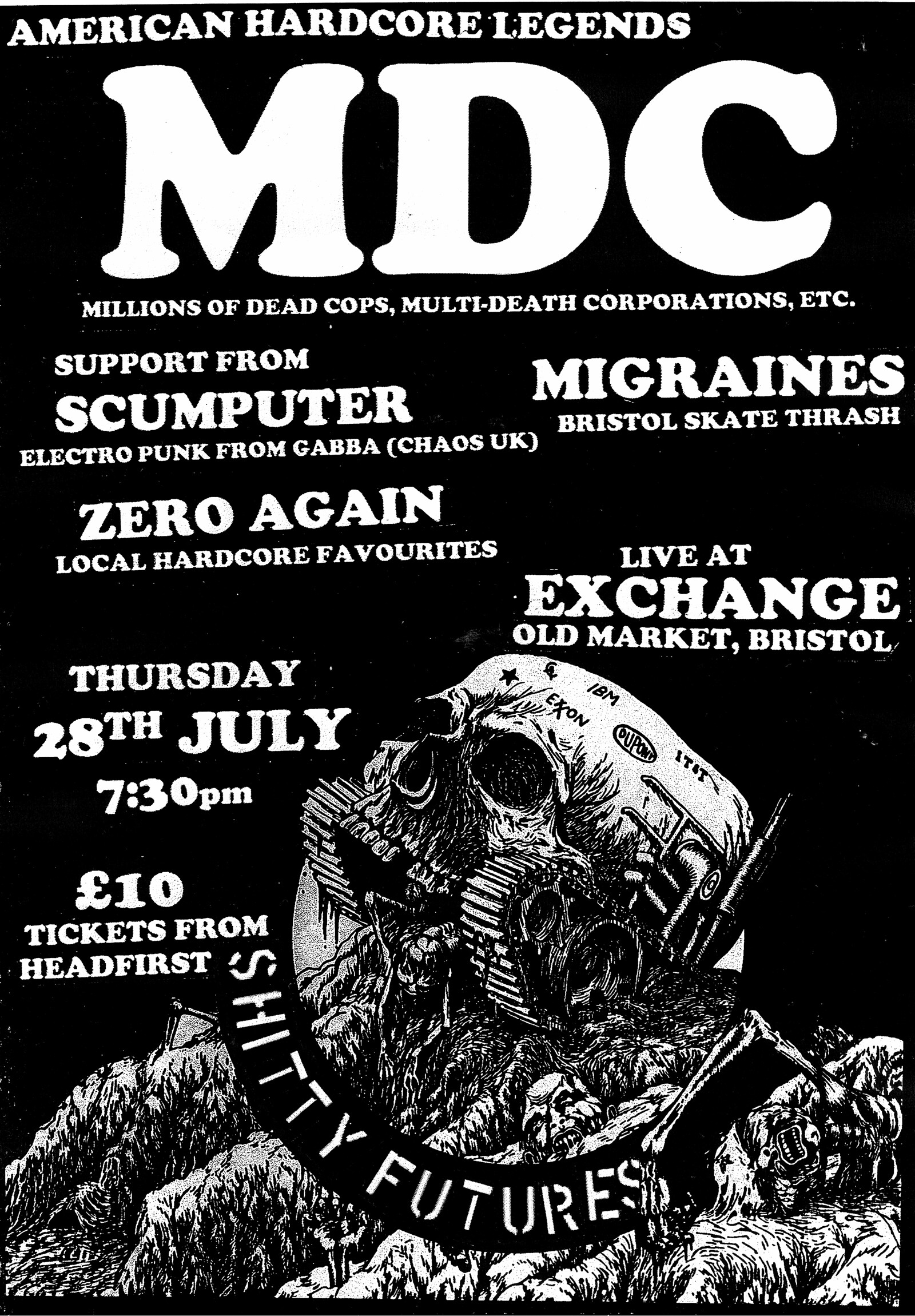 Without surreal-hardcore anti-heroes Flipper, there’d be no Melvins, there’d be no Nirvana, there’d only be Fall Out Boy. Still on fire after 2019’s tour with Jesus Lizard’s David Yow on vox, catch their iconically frazzled sludge-punk while you can. Flipper at Exchange Flipper at Exchange.
Sell Out Warning: seminal first wave US hardcore from ACAB-toting MDC (aka Millions of Dead Cops), writers of such classic tunes as ‘John Wayne Was a Nazi’. If you know, you know. If you don’t….it’ll be a slice of punk gig history for fans of Dead Kennedys, Black Flag, Circle Jerks, Germs. American hardcore legends MDC in Bristol MDC plus support at Exchange.
Ain’t no party like an Illegal Data party: for their next outing there’s ethereal electro-pop meets UKG from BABii, Iceboy Violet’s grime-laced experimental club, maximalist hard dance selections from Stolen Velour, and acid-tinged pop from Tyla X An. Plus resident rascals Mun Sing and NE$$ bringing the chaotic good on the decks. BABii (Live) / Iceboy Violet (Live) / Stolen Velour (DJ) / Tlya X An (Live) / Mun Sing b2b NE$$ (DJ) Illegal Data #15: BABii / Iceboy Violet & more... at Exchange.
Blistering, manic, d-beat punk NRG from North Carolina for people who missed the Discharge show, this is as good as it gets. Support band Litige provides an upbeat contrast with crunchy power-chords and chanson-pop hooks that still bite hard af. International punk and hardcore with support from Gimic and Kill Mirror Image Scarecrow (USA) and Litige (France) at The Crown. 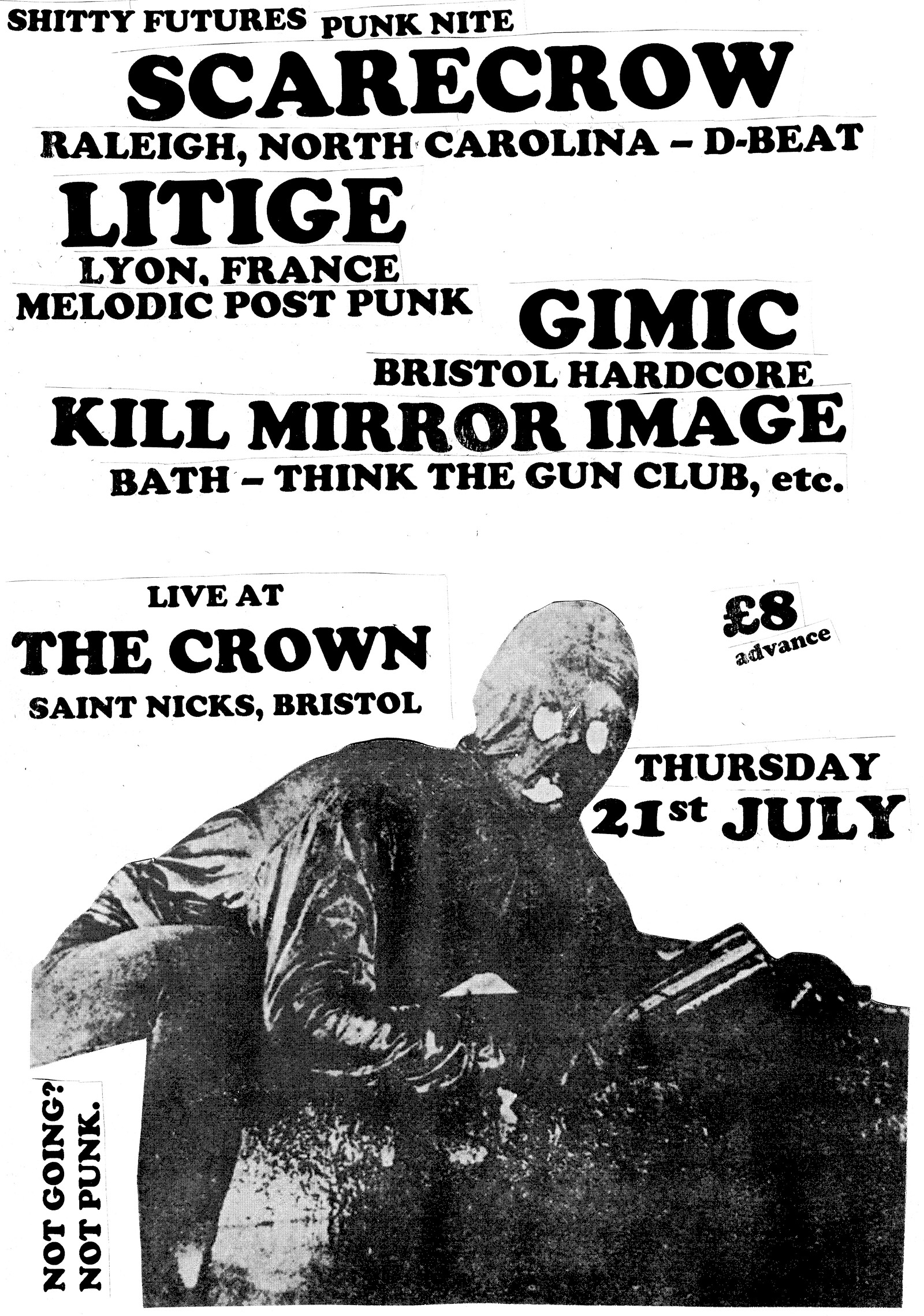 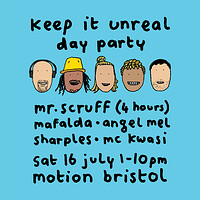 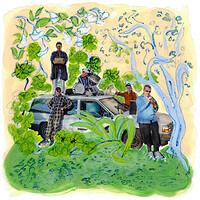 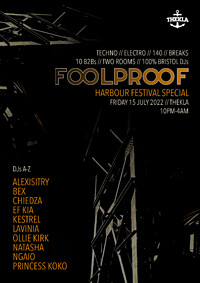 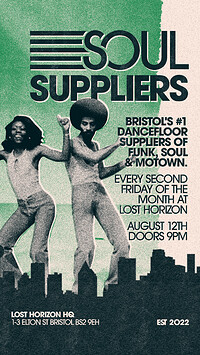 SoulSuppliers at Lost Horizon in Bristol
The leading wholesale suppliers of Funk, Soul and Motown return for their residency at Lost Horizon every 2nd Friday of the month 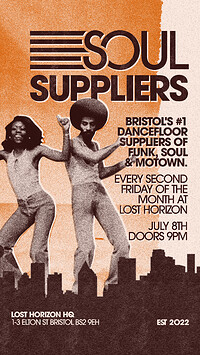 SoulSuppliers | Summer Shakedown at Lost Horizon in Bristol
The leading wholesale suppliers of Funk, Soul and Motown return for their residency at Lost Horizon every 2nd Friday of the month
Dazed Disco Bristol: Boat Party [Vol. 2] at Thekla in Bristol
We are back in Bristol after our sell out event in April!

Wide Eyes Summer Closing Party: LINE UP TBA at Lakota in Bristol
Join us for an outdoor DnB summer day party with 360 DnB and Friends!